In a post this week On the restaurant company’s website, Chip Wade cited the recent grocery store shooting in Buffalo, New York, and the elementary school shooting in Uvalde, Texas, as events that have pushed, along with the USHG, to urge the industry to push for tougher gun laws. A total of 32 people, including many children, were killed in the two attacks.

“Last Memorial Day weekend, we were supposed to honor Americans who made the ultimate sacrifice,” Wade wrote. “Instead, we mourned the lives of not only our soldiers, but our children. We felt pain, frustration and rage for lives slain not just on the battlefield, but in our schools. Still. Again and again and again.” 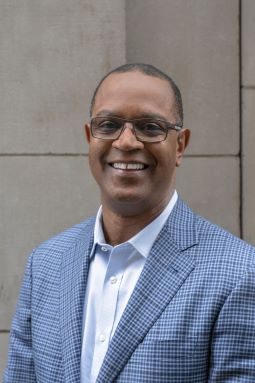 “Nothing will change until Congress acts,” Wade said, noting that he is a registered Republican. “Our elected officials exercise moral outrage instead of offering courageous leadership.”

Gun reform should not be a political issue, however, he said. It is a matter of humanity and dignity, pillars of the hospitality industry.

“That’s why I believe the hotel and restaurant industries must lead the change toward responsible gun laws,” he wrote. “When political leaders fail to act, it’s up to companies to take a stand. We have the power to face this crisis…if only we dare to use it.

Wade said his call to action was prompted in large part by the impassioned plea made by Golden State Warriors head coach Steve Kerr in the hours following the shooting at Robb Elementary School in Uvalde a week ago.

“The hospitality industry has the most voters of any industry,” Wade said. “We must oppose – and obtain financial support – lawmakers or candidates who resist gun safety legislation.

He compared the movement he calls to one in which restaurant workers pushed to end smoking sections.

Wade noted that the word “restaurant” comes from the French verb meaning “to restore.”

“How restorative it would be to feel safe in our communities again,” he said. “In our supermarkets, our churches, our synagogues, our concerts and our schools. In our restaurants and hotels.

Inflation is taking a bite out of the restaurant industry; How can operators cope? | modern restaurant management