Conyers, from Georgia, competes for a restaurant franchise on the Food Network reality show on January 2 – On Common Ground News 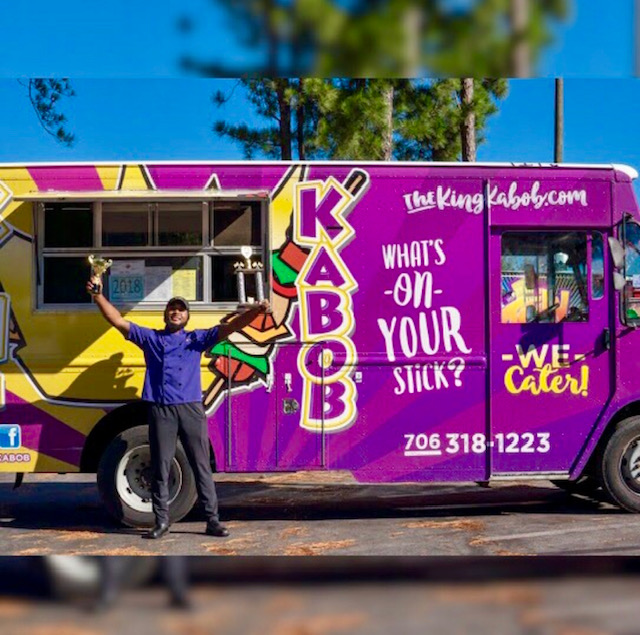 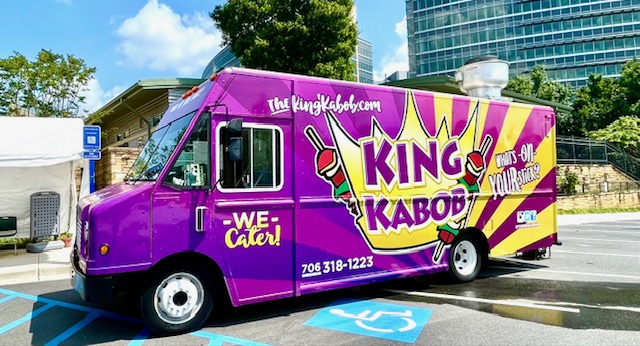 ATLANTA— Chase Davis, chef / owner of the King Kabob food truck in Metro Atlanta, aims to win big in new reality show from Food Network star Guy Fieri, “A guy’s chance of a lifetime.” Fieri is expanding his empire of successful restaurants and is looking for a talented food entrepreneur to run his own Chicken Guy! Franchise.

Davis, 29, said On Common Ground News today (December 31) that he’s thrilled to be selected to participate in “Guy’s Chance of a Lifetime,” which premieres on Sunday January 2 at 9 | 8c on Food Network. The final episode airs on Sunday, February 6, when viewers learn who wins the competition.

Davis is one of seven top candidates to ever take the most intense and important job interview they could dream of – owning Chicken Guy’s latest location! franchise. Guy was inundated with nominations from candidates from across the country. Selected finalists must demonstrate that they can successfully lead all aspects of the food business, from cooking to marketing to hospitality.

Over the course of the six hour-long episodes, there is unexpected drama and a surprising turn of events when one of the contestants cracks under the pressure. Only one will see his fate changed forever when he wins the last chance to live.

“I’m excited and can’t wait for the show to air. It’s the chance of a lifetime not only to compete but also to give me national visibility, ”said Davis, who heard about the contest from someone who suggested he apply.

“I heard from the show three days later. It happened so fast that I thought it was a scam. They flew me to Orlando, Florida where they filmed the first episode, ”Davis said.

Davis said the reality show competition was a big deal for him. He started his food truck business seven years ago and now he’s not only serving the public but big names like Amazon, Tyler Perry, The Walking Dead and many more. Davis said he won the award for best food truck for three consecutive years (2016-2018) in one of Atlanta’s most popular food competitions.

“I always wanted a restaurant, but I couldn’t afford the overhead, so I bought a food truck,” said Davis, who decided to make kebabs because he wanted to. do something different.

“If you look at the food truck industry, it’s pretty much the same: burgers, barbecue and seafood. So I decided to put it all on one stick, waffle chicken and Philly cheese steak. low-cooked grilled vegetable and seafood skewers, ”said Davis.

Davis offers nine meal variations, including his signature “Oh no, you don’t! »Skewer, which includes vegetables, chicken or steak fried in a crispy golden tempura batter, served over rice and drizzled with teriyaki sauce and Yum Yum.

Davis, who grew up in Conyers, said he honed his cooking skills at Rockdale Career Academy.

“I took the culinary program for four years and learned a lot. I went to college from there, ”said Davis, a graduate of South Carolina State University in Orangeburg, SC and promised Omega Psi Phi fraternity.

Davis is hosting a pop-up Watch Party where customers can watch the first and second episodes of “A guy’s luck for a lifetime” Sunday, Jan. 9, 1 p.m. to 9 p.m., Prep Atlanta, 3300 Marjan Drive, Atlanta.


Views of the publication:
50

Are you ready to become the boss of your own franchise restaurant?

Are you ready to become the boss of your own franchise restaurant?