An evolving restaurant industry into the new normal

The restaurant industry has been radically reshaped due to the COVID-19 pandemic. At the start of the pandemic, some restaurants unfortunately closed and never reopened. Those who have managed to stay open have had to adapt quickly by figuring out how to survive on take-out and delivery-only services, while simultaneously ensuring that their operations comply with federal and state health regulations and security, and the newly enacted labor and employment legislation.

Now, as the restaurant industry reopens its doors to the public, some recent innovations and practices that have become mainstays of the industry during the pandemic may continue beyond the COVID-19 era and into the new normal. Such changes, some of which could be permanent, should be adopted by the industry as they could lead to increased efficiency and profitability for some restaurants.

One of the most obvious additions to restaurants during the pandemic has been the implementation of various technologies that modernize the dining experience. For example, many establishments have opted for contactless ordering or digital menus instead of traditional paper or plastic menus. Customers can now scan a QR code, access a restaurant’s website, or even use a tablet at the table to display a menu. Seemingly gone are the days when waiters handed guests multiple reusable menus during a meal, all of which had to be sanitized after each use or at the end of the day, if at all. The alternative was paper menus that had to be discarded after each day and reprinted for the next day. Restaurants can, and many have, all of their menu offerings available online. With this change, restaurants are able to seamlessly change prices, highlight specials, and add or remove items at any time.

Additionally, contactless or table-top orders via mobile devices or tablets are advancements that have shown too much benefit for restaurants to be able to do away with for the foreseeable future. A customer’s ability to electronically view a menu and order food and drink on their own, without the intervention of a waiter, could also mean increased cost savings and efficiency for restaurants. Customers who have the entire menu at their fingertips can order anytime and don’t need a waiter to come to their table, take their order, and then bring the order back to the kitchen. Restaurants can run a leaner, more profitable operation with fewer server and bus staff, and potentially avoid the labor shortages that have plagued the hospitality industry for some time.

This self-ordering process also minimizes the risk of employee errors that could result in less waste and more profit, for example incorrect orders and rejection of unused food, and reduced legal liability, by example by requiring customers to clearly declare any allergies they may have before being served. Finally, it can open up the possibility of a more interactive experience with the customer. For example, ordering via a mobile device can prompt customers to take surveys at the end of their meal to provide feedback on their dining experience and provide a direct link to Yelp or TripAdvisor to rate their meal.

Restaurants should also consider maintaining their outdoor space for their customers as a permanent post-pandemic offering. Although restaurants in New York City are now free to reopen indoor dining rooms to 100% capacity, albeit with several restrictions, some restaurants that previously operated exclusively indoors have been able to serve increased numbers. of customers and a new type of customer, with their seats outside / on the street side, which allowed to generate additional income.

Besides the fact that alfresco dining may still be preferable to customers who want the alfresco space due to COVID-19 concerns, the elaborate outdoor spaces that restaurants have created, which include their purchase of tables, chairs , bar stools, additional outdoor heaters, and umbrellas, have come at a cost to businesses that should not forgo this investment in such a short time.

This is especially true given that the hot summer months are here which will inevitably lead to a more constant influx of customers excited to go out and have fun as more and more people get their shots. The lingering question in the industry is whether local governments will continue to allow hotel establishments to operate outdoors in these newly constructed spaces.

Fortunately, this appears to be the case. New York City Mayor Bill de Blasio has already pledged his Open Restaurants program, which allows restaurants to set up alfresco dining in New York City, to be an ongoing initiative year round. Some contenders for New York’s upcoming mayoral race have also pledged to uphold Mayor de Blasio’s plan to eat al fresco all year round. In fact, one of the favorites in the mayoral race, Andrew Yang, has pledged his campaign to update the city code to include Mayor de Blasio’s program. Other candidates such as Eric Adams, Shaun Donovan, Kathryn Garcia and Diane Morales also supported the idea of ​​keeping the outdoor meals.

The COVID-19 pandemic has forced the restaurant industry to change the way it operates. While government restrictions and forced shutdowns threatened the survival of the industry as a whole, those same restrictions changed the mindset and preferences of the restaurant customer. Restaurants have responded and should embrace this new standard, as what originally appeared to be barriers to success may end up being changes that will lead to increased efficiency and, more importantly, a much-needed increase in profitability. restaurants for the foreseeable future. 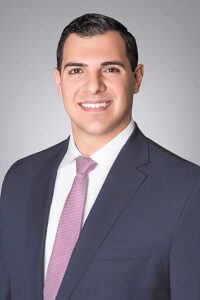 Joseph tangredi is a partner at Ellenoff Grossman & Schole LLP in the firm’s Labor and Employment Law practice group. Joseph specializes in advising clients in the hospitality industry on labor and employment legal issues, and also defends his clients in labor arbitrations before the NLRB and against salary / hour claims. and discrimination brought before federal and state courts. Joseph Tangredi can be reached at [email protected] or by phone at 212-370-1300.